On Friday, March 29, 2015, Mayor-Elect Luke Bronin launched his campaign for Mayor of Hartford, Connecticut at the West Indian Social Club (WISC). He returned on Friday, December 18, 2015 and this time greeting and meeting many of the WISC members who supported his successful campaign for office. Bronin’s wife Sarah who is also born in December joined the ‘Birthday Fridays’ celebration held each month for WISC members born in that month.

Bronin’s presence in Hartford’s West Indian community was consistent throughout the election year appearing at many WISC venues along with his wife and children. He campaigned on a promise to revitalize North Hartford, an area heavily populated by Jamaican and Caribbean people and other neighborhoods that had not received significant attention for

economic development during the past two administrations. Bronin will be sworn into office in January. He brings to the Mayors’ office experience that includes working in Washington, DC in the Obama administration and served as the chief attorney for Connecticut Governor, Daniel Malloy. A US Navy veteran and Yale graduate, Bronin was a Rhodes scholar.

This was a night of celebration for Bronin and wife Sarah and they did not pass up on the opportunity to hit the dance floor dancing to the reggae music being played and learning the ‘Electric Slide’. Hosting the very popular ‘Birthday Fridays’ event was former WISC president and former Hartford Deputy Mayor, Veronica Airey-Wilson. In welcoming the Mayor-Elect to the WISC, Mrs. Bronin was presented with a bible as a birthday gift by WISC President Nicone Gordon to which she announced she would use at the Mayor-Elect’s swearing-in ceremony. Bronin spoke briefly thanking the WISC members and community for their support, promising to be a frequent visitor to the club and wishing all a Merry Christmas and Happy New Year. 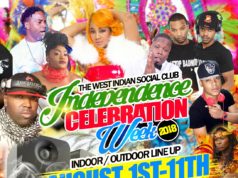 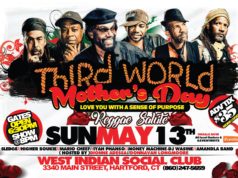