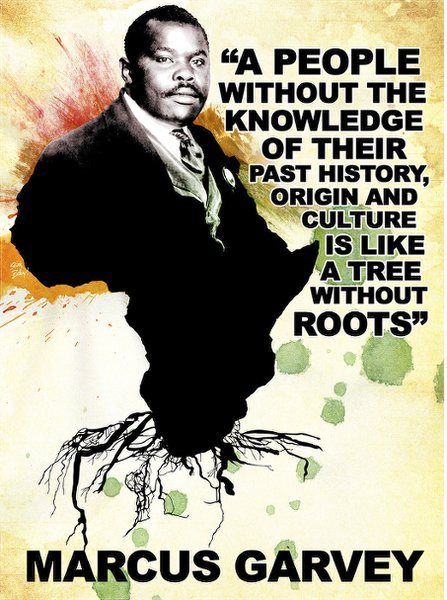 A Brief History of the International Foundation for the Exoneration of Marcus Mosiah Garvey CT, Inc. 2004 to Present

The International Foundation for the Exoneration of Marcus Mosiah Garvey, CT, Inc. (IFEMMG Ct.) was founded by Dermoth Hamilton Brown with the support of other members of the West Indian community. The intent was to create an organization to honor Marcus Garvey’s contributions to the world. Marcus Garvey, the first National Hero of Jamaica, devoted his life to the cause of uplifting the people of African descent who were devastated by the effects of slavery. Most notable of his accomplishment were the creation of the United Negro Improvement Association (UNIA) and the Black Starline Shipping Company created in 1914 – 1923 to trade among the African Diaspora in and around the USA. Marcus Garvey’s movement brought awareness to Black people throughout the world with his emphasis on entrepreneurship, pride, self-esteem, dignity and respect to the black human race. He was greatly influenced by reading the book Up from Slavery by Booker T. Washington who also invited Marcus Garvey to visit the United States. Most of Garvey’s work was completed in Harlem where he had thousands of followers.

In July 2004 the International Foundation for the Exoneration of Marcus Garvey was formed. United States Congressman Charles Rangel, former Prime Minister of Jamaica, PJ Patterson, Dr. Basil Bryan Ambassador/Consul General for Jamaica, Julius Garvey, MD ( son of Marcus Garvey) encouraged our group in Hartford to form an organization to honor Garvey under the leadership of Dermoth H. Brown. The organization was formed in Hartford that same year. Involved with this history making event was Anthony Gordon, Optician, Beverly Coker, Ph.D., Colin Edwards, Sweets S. Wilson, Ph.D., Eulanda Balfour, Cynthia Solomon, Gloria Grant, Valzie Peterkin, Celestina Gibson, John Leach, Ph.D., Asomgyee Pamoja, and Stella Antley. The group was focused on getting Marcus Garvey’s name cleared for the Mail Fraud conviction. Congressman Rangel had brought the matter before Congress in 1984, the resolution was stuck in the Judiciary Committee and the Foundation wanted it taken out of the committee and brought to the floor for action.

Resolution 24, the bill introduced by Congressman Rangel is still parked in Congress. The committee has become frustrated by the lack of result in clearing the name of Mr. Garvey despite the efforts of Congressman Rangel. The Board decided that in the meantime we would do something positive in Hartford to recognize Marcus Garvey’s contributions to the world. The Foundation acquired a piece of land from the City of Hartford (corner of Granby Street and Cornwall Street) located in the Blue Hills neighborhood. A large concentration of West Indian Americans who are mostly Jamaicans, reside and conduct business in this area. The West Indian population in Connecticut is approximately 50,000, many of whom are home owners, business owners, medical providers, nurses and home care providers, attorneys, and building contractors all contributing to the economy.

We have also worked diligently with Central CT State University, University of Hartford, Hampshire College, Mass, and the City Council of Fort Lauderdale, Florida under the leadership of Rev. Ouida McDonald, Fiona Vernal Ph.D., Michael Reid, and Erica Myers. The Foundation has also given scholarships to Weaver High School senior graduates. The Weaver High School seniors assisted in the maintenance of the flower beds and lawns at Marcus Garvey Place. Home Depot donated perennials, flowering plants, and shrubs. Dr. Lenford Lawes, former Vice Principle at Weaver High School with many of his students doing research on agricultural projects for this endeavor. The Foundation provided scholarship to the Jamaica Progressive League for students entering journalism and leadership. The state government was very encouraging to the efforts of the Foundation.

Former governor, M. Jodi Rell, Senator John Fontara, Representatives Doug McCory, and Edwin Vargas, US Congressman John Lawson, former Congressman Rob Simon and former US Senators Christopher Dodd and Joe Lieberman fully supported out efforts. I would be remise if I did not mention the name of my wife Nora Brown and daughter Shauna who were of tremendous help with the computer technology skills. Also, Petula Blake, who used her talents to connect us with the universities and schools around the Greater Hartford area. She created her own business based on Marcus Garvey principles. Anestesia Couloute for her loyalty and dedication, she contributed her gifts of dance to the rhythm of the African drums free of charge to our programs. Stan Walker who wrote and edited various articles in the Jamaican Gleaner, Hartford Courant, Caribbean American Newspaper and magazines. Stan is also a freelance photographer and served out organization well.

Between July 2004 and October 2015, the International Foundation for the Exoneration of Marcus Mosiah Garvey created much interest. The board of Directors, officers, members, and volunteers formed the basic core and support for the success of the organization. They placed their money, interest and time to make the formation of the foundation a reality.

Our Foundation is officially registered with IRS, 501 (c ) 7 instrument, registered with the Secretary of State of CT, also with the City of Hartford Planning and Zoning Division, Public Works Department and the Town Clerk’s Office.

The Metropolitan District in conjunction with the City of Hartford, Planning and Zoning Division, Corporation Counsel and the Knox Foundation allocated a grant for Marcus Garvey Place with a memorandum of understanding to implement a $85,000 grant for the new development of the garden. This will be done in phases:

We are looking forward to completing first phase in the spring of 2016 and the second phase of the project will follow soon thereafter with an outdoor concert celebrating the accomplishments of Marcus Mosiah Garvey. Thanks to our many leaders, volunteers , banking institution, and politicians for their continued support. You may become a member of the organization, your names can be added on the existing list of person who have purchased a brick in the past.

On behalf of the Board of Directors, I want to thank you for being a part of this very important project. “ Cultures vary but people are the same.”