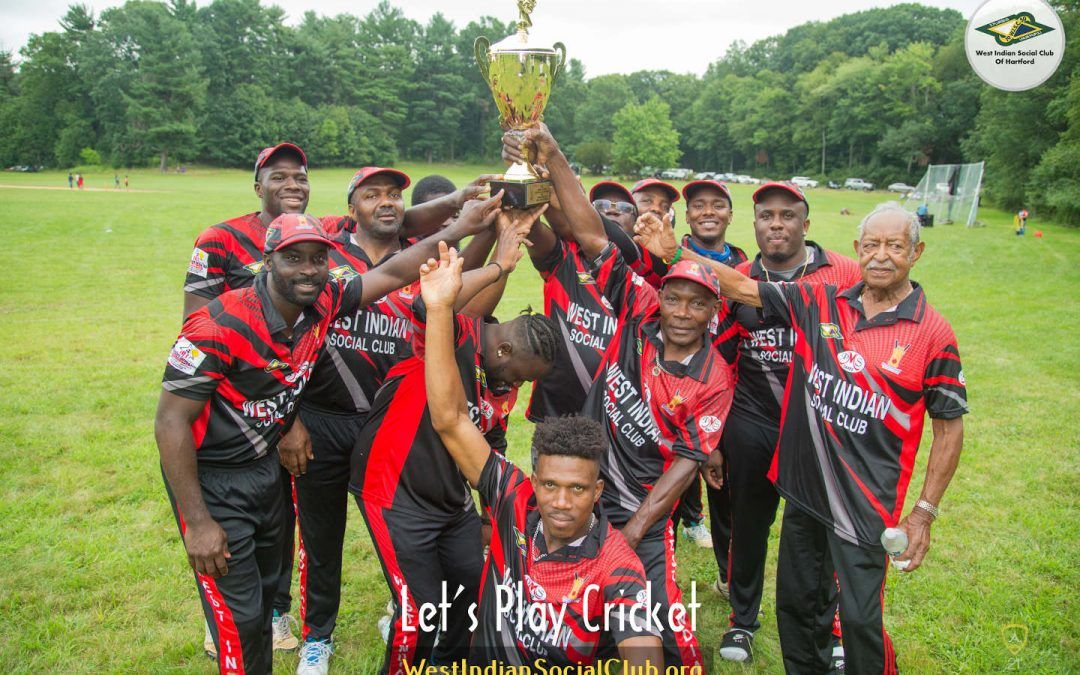 In one of the lowest scoring games ever held in the finals of the Connecticut’ Cricket League’s annual competition, West Indian Social Club (WISC) trounced rival Caribbean Cricket Club (Caribbean CC) by 26 runs, to become this year’s champions. The match was played on the Number 2 field in Keney Park on Sunday, August 29.

After winning the toss, WISC decided to bat first, but the large turnout of fans were disappointed as Caribbean CC’s opening bowlers immediately got rid of the openers. WISC failed to recover from the poor start, however, with a bit of help from batsmen Jamarson Aurelien and Keneil Williams, who both scored 20, along with tailenders Omar Watson,16, and Kenroy Virgo 16 not out, they were eventually bowled out for 113 runs.

Taking the wickets for Caribbean were Sean Edwards 3 for 23, Chevron McLean, 3 for 37 and Paul Boodhoo one for six.

Facing such a low score everyone thought that this would be an easy win for Caribbean, but led by some steady bowling from Watson, who took 5 wickets for 16 runs, Nickroy Samuels 2 for 4 runs, and Mark Gordon 2 for 20, WISC tore through Caribbean’s batting order and bundled them out for 87 runs.

The leading scorers for Caribbean were Deolio Thelwell, 19, Boodhoo,14 and Salvin Salar 13. They also had 16 extras which was the second highest score for them.